The Chelsea House Folklore Center was located in a big red barn near the corner of Route 9 and Sunset Lake Road from 1974 until 1981. Under the guidance of Carol Levin, the organization brought some of the biggest names in folk music to Brattleboro. When the artist were expected to draw more people than the barn could hold, the Chelsea House held their events at West Village Meeting House.

George Carvill remembers a particular concert in 1975 where The Boys of the Lough packed the main hall, drawing people from all over New England. Odetta was another world-famous singer to appear at the West Village Meeting House. In a recent tribute to Carol Levin, Peter Amidon called her “the foundation of traditional music in Brattleboro with all of the hard work and amazing people she brought to the Chelsea House and her dedication to traditional music after that.” 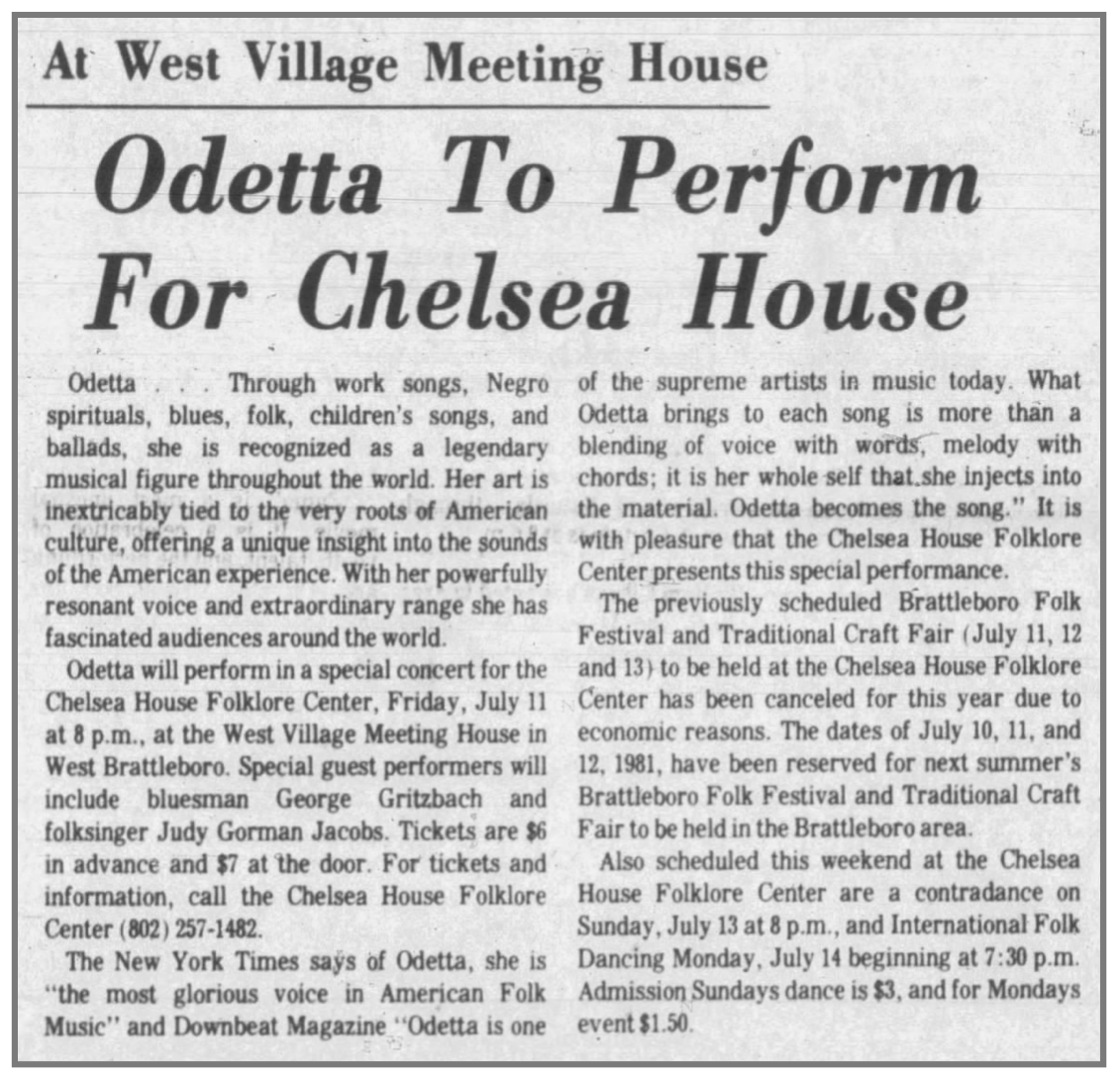 And while the Chelsea House is long gone, Brattleboro is still a center for traditional music and occasional benefit concerts still happen at West Village Meeting House.

Below is a picture of a Pete Seeger 100th birthday party featuring Emma’s Revolution, Sally Rogers, Peter Blood, Annie Patterson, and Peter Siegel among others. They are standing in front of scenery for a Theatre Adventure show.

If you have a memory about the West Village Meeting House that you would like to share, please tell us about it in the “Reply” section below.